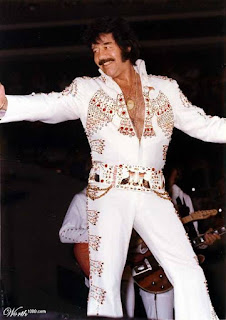 First thing’s first, I apologize for the lengthy, techie posts that I put up last month. Let’s just say I was a little taken by the LCD. And although I believe I touched on some genuinely relevant points, I don’t know if anybody really knew what the heck I was saying…this poor craftsman won’t blame his tools…I just had so much to tackle, a simple blog post wasn’t going to cut it.

So here we are. 2007. It’s hard to believe the “oughts” are more than halfway over…I guess they were more than halfway over last year…but still…time is flying. The holiday break brought some interesting developments. The Denver blizzard forced a reunion between my friends JB and Kim Welch. Hey there, guys! Drop me a line and tell me how everything turned out for ya.

In other news, the internets gave us another Mideast snuff film courtesy of Cheneyburton and Shia Islam, the oldest living ex US president EVER kicked the bucket along with the Godfather of Soul (RIP) and I got a pair of pajamas! And how was your week? I’m back at work after a 10 day sabbatical and now its time to get busy with a financial budget and back into my Y workout schedule. And cut down the drinking…and meat eating…and pie eating…and coffee drinking…

Drop me a line and let me know how its going. I’m working on a few projects and hope to have news out sooner than later.