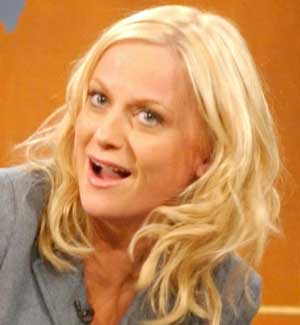 Here’s the most recent story from Saturday Night Live…According to the ever-reliable New York Post. Let me encapsulate for the hard-of-clicking:

“Four cast members are about to be fired – they know who they are, but the public doesn’t. Two others – including the undisputed star of “SNL,” Tina Fey – are gone. Auditions are about to begin for the signature spot on the show, anchor of the snarky Weekend Update.”

OK, here’s the real question. Who cares? Who watches this shit anyway? And I’m sick and tired of hearing how “brilliant” Tina Fey and Amy Poehler are…gimme a break! If Tina Fey is such a comedy genius why did her tenure as head writer produce some of the biggest yawns in the show’s history? I mean, every time I’ve turned it on in the past five years, all they do is make fun of Paris Hilton or Christina Aguilera or something. I say fire the entire cast, have them banned from comedy indefinitely and cancel the show. Put on old Columbo re-runs or something.

1 thought on “It Would Be a Mercy Killing”