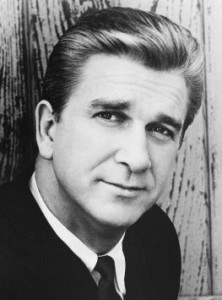 Leslie Nielsen passed away this Sunday. He was 84 according to the AP. I first remember seeing Leslie in Forbidden Planet. That was a film made back in 1956. It was Technicolor fantasy, loosely based on Shakespeare’s The Tempest. It had Robby the Robot in it. Good film to see on the big screen. I tried to watch a Hi-Def version recently and got bored. Anyway, I guess Leslie really hit his career stride with the Zucker Bros‘ 1980 vehicle Airplane!  Now, it’s sorta hard to see past the fog of our current post-Ironic slacker/hipster culture, but back then (yeah, I saw it in its original theatrical release — TWICE), he was one of the main reasons for the flick’s success. He was known for a certain deadpan delivery. His role as the wry Dr. Rumack in Airplane! was considered hilarious ’cause…seeing an old, serious guy act screwy was funny. Just like seeing Barbara Billingsley strut her Jive. Nowadays we got Betty White (who might as well have been in Airplane!) acting…er, extreme.

I dunno. I guess I want to end this tribute of sorts, with a memory of a long ago. When I was a waiter out in the old West End of Dallas…way before the DART. Back when folks were actually out there partying and having a good time. I used to work doubles. I lived in Denton and traveled back and forth so I was basically stranded with little $$ during shifts so I’d take in a feature at the old West End 10. One of those was Leslie Nielsen in Dracula: Dead and Loving It. I should probably go back and look at this movie a second time cause the moment it came on back in the day, I thought it was pretty worthless. Even back then, I thought, ‘What happened to Leslie Nielsen?  That guy’s lost it.’ I remember thinking about Forbidden Planet and how he used to be the hero. Now he’s a clown. Is this what life’s all about? That was a while ago. Anyway. Forbidden Planet — Greatness. Airplane! — Greatness. Good show, Leslie. Rest.