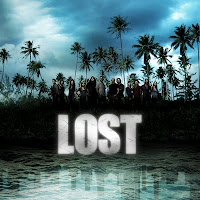 I don’t really have much to say about it all…I had a major LOST overdose last night…watched over 5 hours of LOST programming. I always thought the show lasted one season too long…and I’m sticking by that assessment. I wasn’t really disappointed in the ending — I mean, I thought it was handled pretty well — but it was definitely underwhelming. Basically what I thought was going on back in the first season came true. It’s a little lame that some interesting threads were *excuse me* lost on the way. I mean, I’d love to learn more about the Dharma inititive, who exactly Eloise was, what was Widmore looking for on the island? Why were there polar bears? How could Mr. Friendly (remember him?) travel between the island and Manhattan? Does any of this matter? I guess the point is that it’s really about the ride. Sorta like life itself. I got a big kick out of the first four seasons. I enjoyed this final season less so, mainly cause it seemed a bit like the producers and cast were just going through the motions for the fans. The initial plot lines were abandoned, but they tried to make it up in the last episode with reappearances by first season characters Shannon and Boone — although it seemed a bit of stretch to thing that Shannon was Sayyid’s soulmate. The awful CGI effect of the plane taking off (why, with a supernatural smoke monster, immortality and time-travel such staples of the show, do I find the biggest leap of logic on LOST to be the fact that anyone could jump start a commercial jet and take it off an overgrown island where it had previously crashed?) troubled me but the finality of the conclusion, not to mention the sight of a major American fictional character slowly dying on screen, was haunting. It’s got me dwelling on how I spent the last few years of my life following the mystery and the bittersweet conclusion that doesn’t really answer all the questions. In the end, it doesn’t really have to.