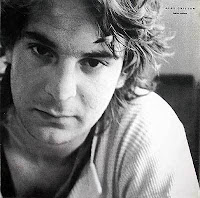 Alex Chilton, the Memphis-born singer-songwriter and voice of The Box Tops and Big Star, passed away yesterday at the age of 59 (reportedly while mowing his lawn). He was scheduled to play a reunion show with Big Star at SXSW in Austin this Saturday. Chilton reportedly died from a heart attack in his adopted hometown of New Orleans.

I was, and still am, a tremendous fan of his work, especially Big Star, although I think his 1978 solo single, “Bangkok,” stands out as well. Big Star is one of those bands that needs to hit you at the right time. I might be wrong, but it seems it isn’t always easy for a newcomer to just pick up one of their albums and become a fan — the music needs time to grow inside of you. But, boy, when it does, it’s like tapping into the motherload. I was particularly fond of their second album, 1973’s Radio City.Standout songs like “Daisy Glaze” and “O My Soul” — not to mention the oft-covered “September Girls” — were timeless, stone-cold classics.

Not many people remember, but Alex Chilton was also feared dead during the terrible Hurricane Katrina in 2005. He turned up later. His talent will be remembered and missed.

Click on the link below for a taste of the Big Star.