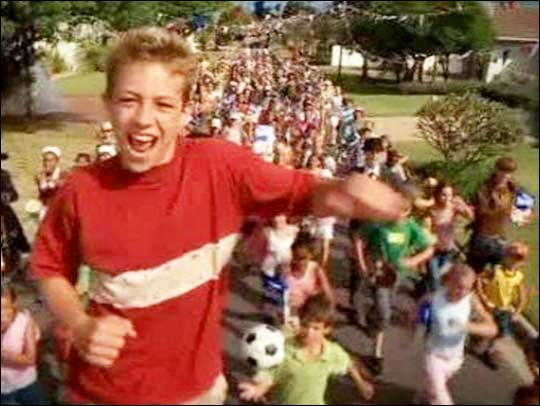 You think the commercials over here are bad? How about this overseas ad for Kellogg’s Frosted Flakes (apparently known as “Frosties” across the pond). The clip has sent the public into a murderous frenzy, inspired dozens of mocking imitationsand sent the ad’s young star, “Sven,” into hiding for his life…Yeah, it’s annoying but it’s not the most annoying commercial I’ve ever seen…Actually it sorta reminds of this old Colgate commercial from the ’80s.